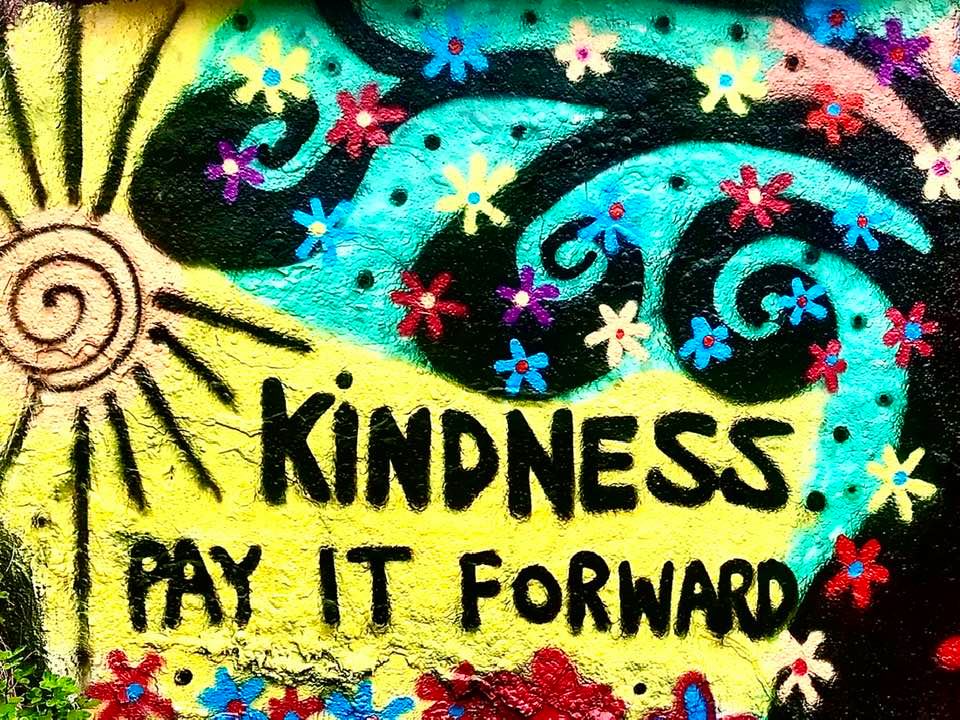 Layers and Layers:
The Ephemeral Beauty of the Graffiti Bridge
By Mitch Wisniewski

Arguably Pensacola’s most instantly recognizable landmark, the small railroad bridge, constructed in 1881 to connect Pensacola to Louisville and Nashville, has over time become covered in countless layers of paint. It’s hard to say how the Graffiti Bridge became the Graffiti Bridge that we know and love today. Much like the bridge itself, there are innumerable layers to its history. Pensacola historian John Appleyard puts 1956 as a possible date on which the bridge was first painted. That date is as likely as any other in the storied past of the bridge. Over time the bridge has adapted, now complete with its own website, Facebook, and Twitter account, all providing daily snapshots of the ever-changing face of the bridge.

This changing face has changed with the nature of our country in recent and has become a more explicitly political one. This past summer the bridge served as a meeting place for protesters expressing their outrage at racial injustice, painted stark black and grey with a Thomas Jefferson quote about the value of human life. The bridge is, in its very nature, a canvas for citizens of all political ideologies to express their beliefs, in bold and bright spray paint. I’m tempted to call the bridge bipartisan in that way, given that it featured both a Trump and Biden-themed mural around the time of the election, both painted over after the election had come and gone in its painfully extended way. But the bridge represents something deeper than simply reaching across the aisle. It’s about humanity. It’s about the proposal spray-painted on its concrete surface just a few days ago, whizzing by and hoping Pamela said yes. It’s about the quotes of positivity, the fabric of memes, caricatures, and artistic expression.

The very nature of the Graffiti Bridge is that nothing lasts forever. It holds a mirror to the world and sends back a reflection in a million colorful strokes. It is the ultimate equalizer, anyone can walk up to it with a can of spray paint and put whatever they want on it. Given that nature, there is the occasional offensive word or symbol painted but these instances are always covered up with other layers of paint. Beauty being sprayed atop of hate. Ultimately, the bridge itself is a canvas, it requires artists and everyday people alike. Teams of people from charities or schools, supporting causes, expressing grief, raising awareness with a can of paint. The bridge serves to bring people together, it unlocks a kind of freedom and abandonment of the rules. A can of spray paint on a concrete wall anywhere else is a crime, but at the bridge, it’s a tool of beauty. Take a drive down 17th avenue and slow down when you get to that curve. Take in whatever you see at the bridge, it won’t be there for long.