Blue Dot Barbecue doesn't look like much from the outside but it has boasted for many years that it makes the best hamburgers in Pensacola. Blue Dot is only open for lunch and you have to pay with cash but if you want a great hamburger or barbecue ribs, then you should try Blue Dot.

Blue Dot Barbecue is a restaurant located at 310 North De Villiers Street, in the heart of the Belmont-DeVilliersneighborhood, known for its hamburgers and rib sandwiches. It is owned and operated by Thomas Long, Jr. and his son, Byron Long.

Blue Dot is named for its original owners, Blue Robinson and his wife Dorothy ("Dot"). The restaurant opened in 1947[1] and was originally located in the Eastside neighborhood, near the H&O Restaurant. It later relocated to the intersection of De Villiers and Wright Streets, moving again to its current location circa 1995. The Robinsons' nephew, Thomas, was an early worker at the restaurant and took over operations circa 1987.[2]

The menu has only two dishes: a hamburger ($4) and a barbecue rib sandwich ($7.21). A variety of chips and canned drinks are also available. 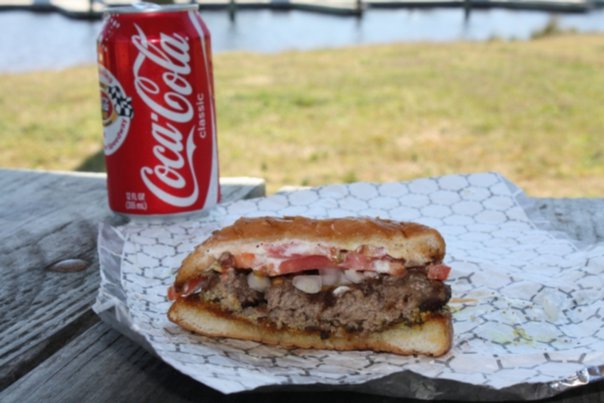 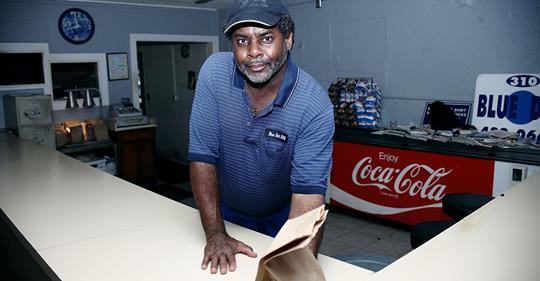 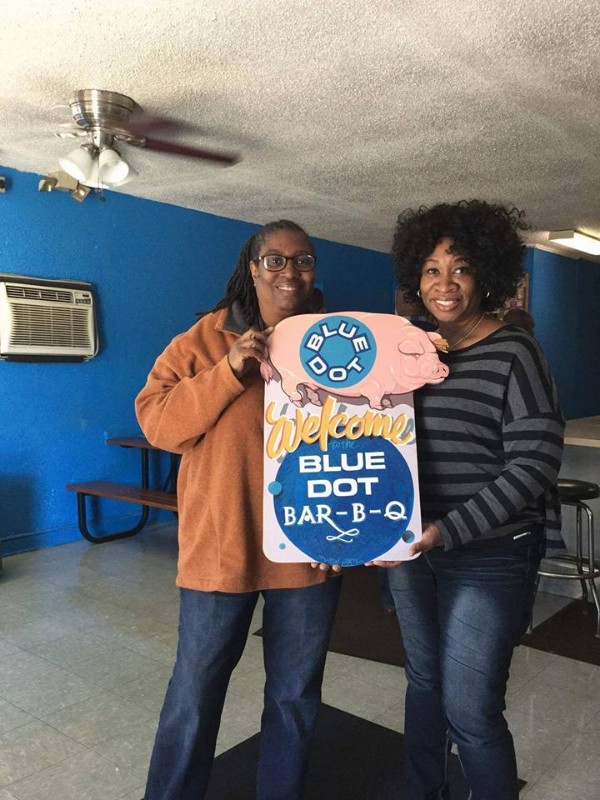 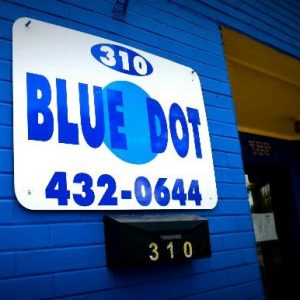 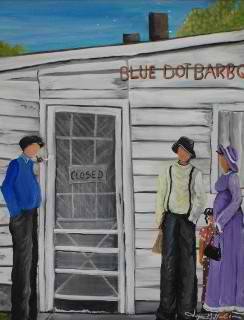