Gina Nolan is the Director of Emerald Coast Belly Dance. Gina is an award winning Oriental (AKA: “Belly”) dance instructor, choreographer, and performer in Pensacola, Florida. Dancing since the age of nine, Gina has a strong background in ballet, jazz, modern, and musical theatre dance. She received her BFA in Dance and Theatre Arts from East Carolina University. As a jazz dancer, she performed in every conceivable venue; from cruise ships to theme parks, dinner theatre to outdoor drama, concert stages to Las Vegas production shows. An unfortunate knee injury led to anterior cruciate ligament reconstruction in 1999, and it was upon completion of her own physical therapy that she became a certified Post-Rehab Pilates Practitioner. Gina was introduced to Oriental Dance by going to an audition for what she thought was character work at the Aladdin Hotel & Casino in Las Vegas in August of 2000. She got the job, and was told her role would be one of the “Gems”, a troupe of Oriental dancers. This gig launched her formal training in this ancient dance art. She has since studied with notable American, South American, Arabic, and European Oriental dancers. She is inspired by these artists as well as by her own ballet and jazz background. Gina’s elegant, refined style brings both passion and grace to any occasion. She has performed in venues ranging from the intimate gathering to the large gala; from weddings and parties to corporate events and conventions. Gina also enjoys giving her time and talent to charity events hosted by organizations such as Shimmy Mob and Cystic Fibrosis Foundation. Gina’s awards in the Oriental Dance world include the following Belly Dancer of the Universe Competition honors: Champion of Champions 2010, Champion Drum Solo 2010, and 2nd Runner Up Fusion 2010. She was also chosen as the 2017 Shimmy Mob Choreographer. Gina’s Belly Dance classes meet at Breathe Yoga Scenic in Pensacola. When she's not teaching dance, you can find her relaxing on the Emerald Coast’s fabulous beaches. 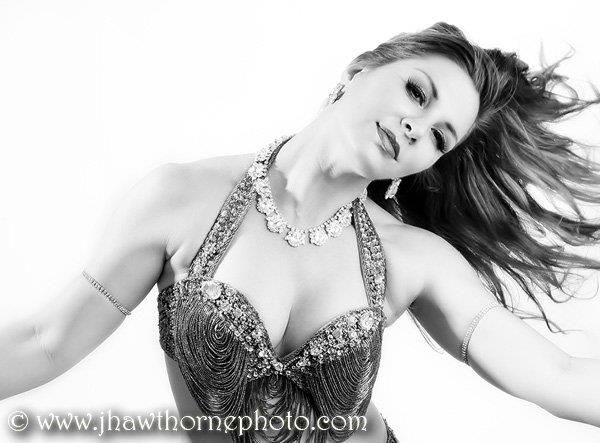 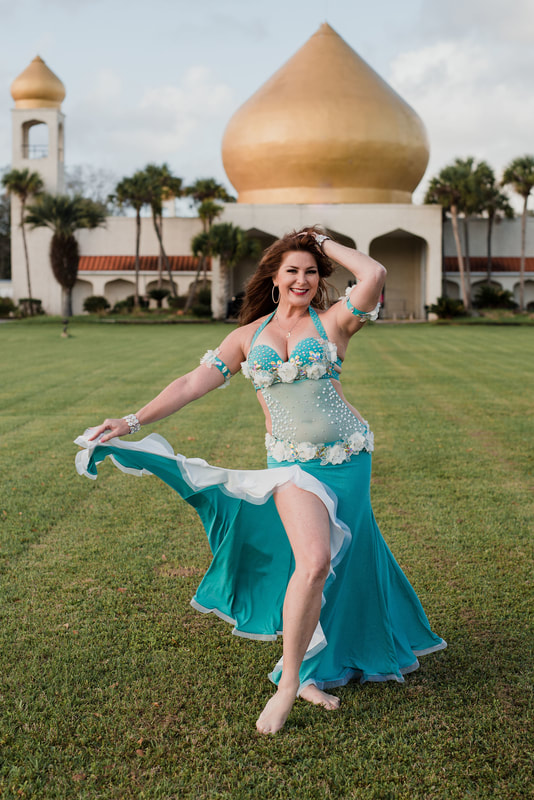 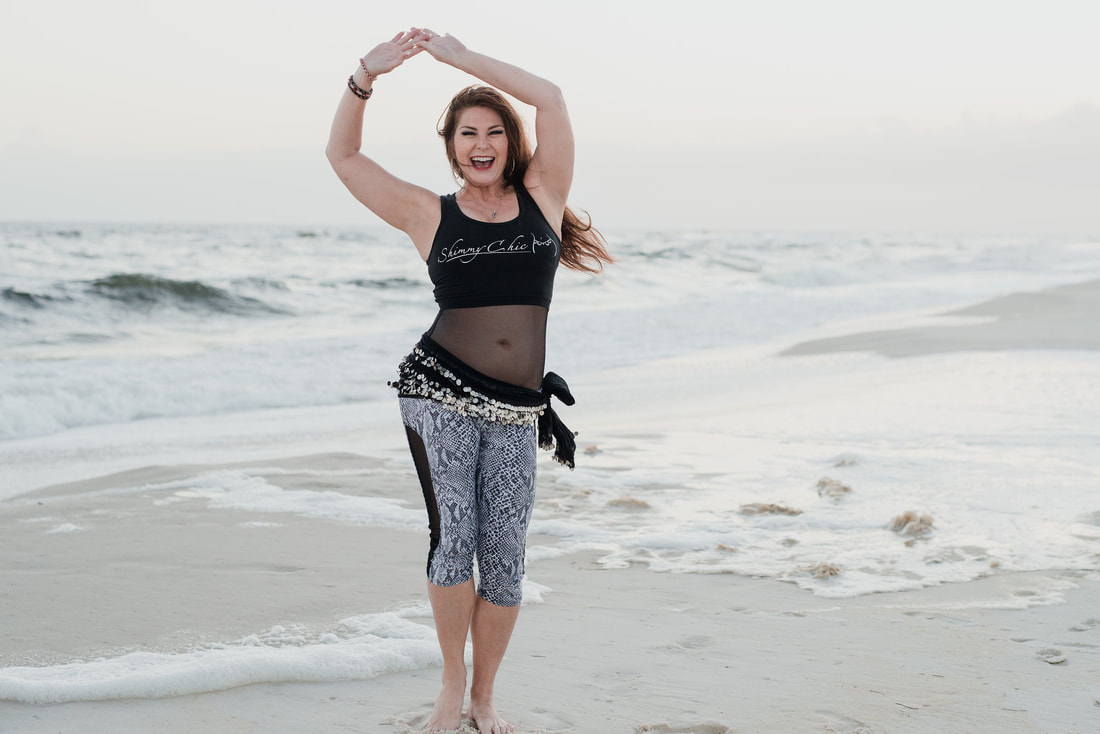 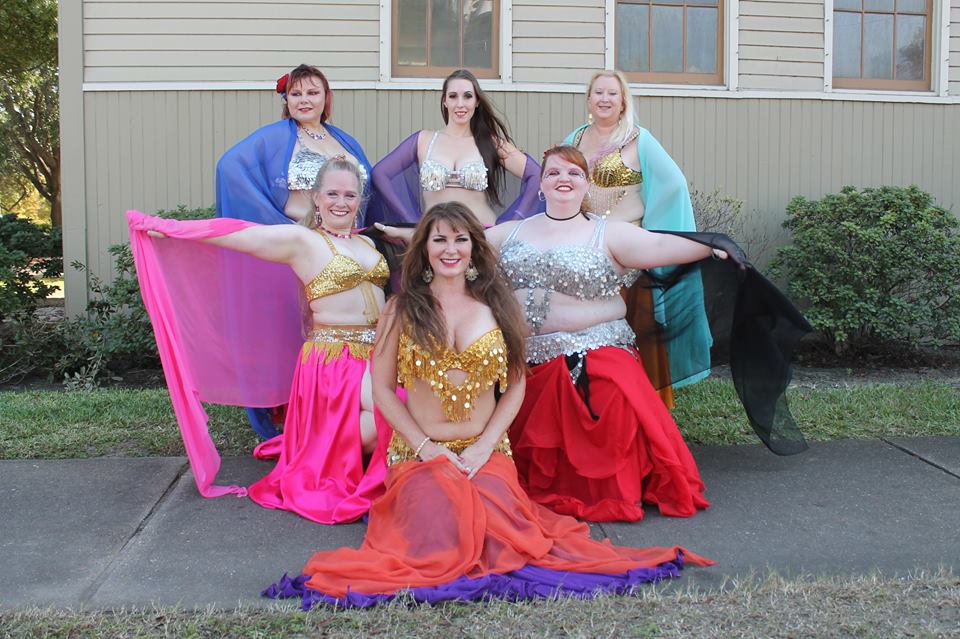 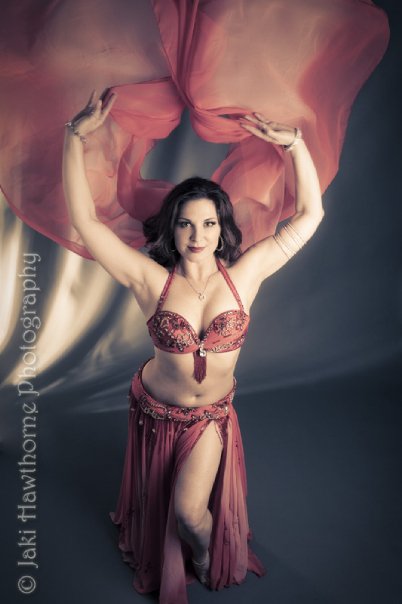 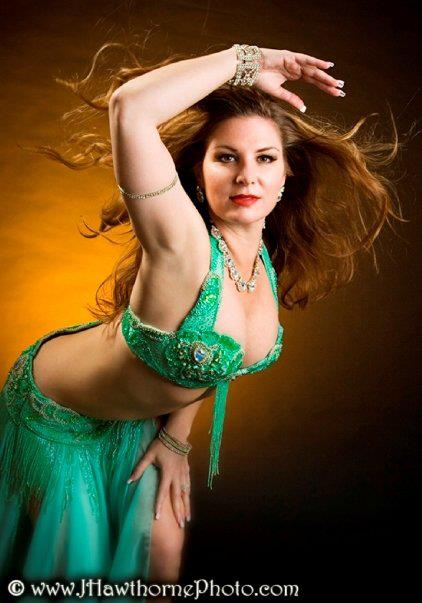