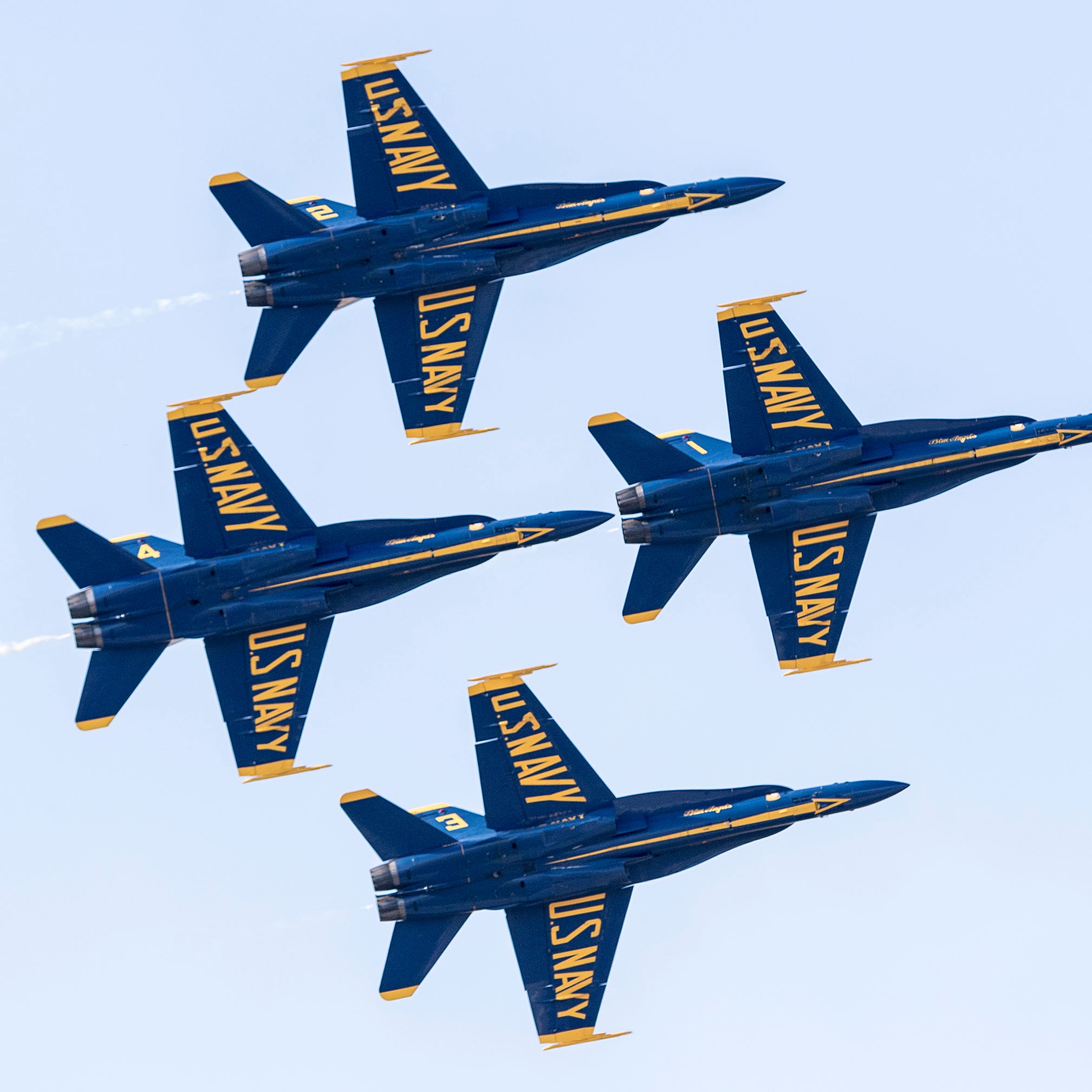 Departs Downtown Ferry Landing every Tuesday and Wednesday until September 1, 2021

The History Of The Blue Angels

The Blue Angels are famous across the globe for their amazing feats of precision flying demonstrations. The squadron has been in existence since the end of World War II and has utilized many different kinds of aircraft over the years. Today, the Blue Angels use the highly sophisticated F/A-18 Hornet Jets and are flown by some of the finest pilots in both the Navy and Marine Corps. Many thousands of people attend their shows and practice sessions on an annual basis.

All of the Blue Angels’ pilots and support team come from the regular ranks of the Navy and Marine Corps. Angel pilots will usually fly with the team for about 3 years. Team assignments throughout the organization are based on need, military experience and skill level.

Normally, the Blue Angels’ show schedule allows for approximately 61 show appearances, spread out among 32 locations across the country. The season begins in the middle of March and will end in early November. The Angels perform at many different kinds of venues, including military and civilian airfields, as well as in major cities, such as Chicago, Milwaukee, Cleveland and Oklahoma City. The team also makes an annual flyover appearance at the graduation of the U.S. Naval Academy. If the season schedule allows, the Angels will even travel up north to see our Canadian neighbors for a few shows.

Pensacola – The Perfect Place To See The Blue Angels

Even though the Blue Angels travel all over the nation, they come back home to Naval Air Station Pensacola (NAS Pensacola) for practice sessions.

If you are visiting Pensacola, seeing the Blue Angels is one of the best things to do in Pensacola. Seeing the Blue Angels practice will provide your family many years of lasting memories. The team usually takes off from Naval Air Station Pensacola. We follow the Blue Angels schedule as practice days and times may vary. We offer cruises based on boat availability. Check our schedule for upcoming dates. The Naval Air Station has a fantastic viewing area for spectators to watch the event, but the magnificent jets can be seen all over the Pensacola area.

After conducting amazing practice drills, the team heads to the National Naval Aviation Museum to take pictures with fans and sign autographs after the Wednesday practice session. It is an incredible experience for aviation enthusiasts of all ages to get up close and personal with the incredible Blue Angel pilots and their support crew.

Pensacola Bay Cruises offers several exciting ferry trips between Pensacola, Pensacola Beach and Fort Pickens at the Gulf Islands National Sea Shore on Santa Rosa Island. Our vessels offer many travel amenities such as A/C, restrooms and seating both inside and up top. We look forward to seeing you on one of our vessels during your stay in Pensacola!