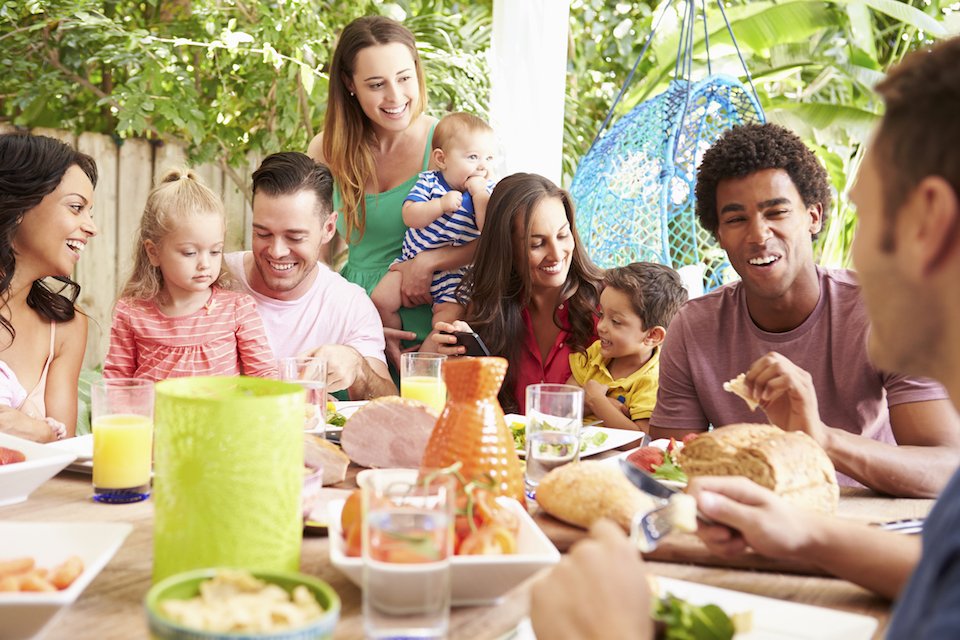 Family: When Nana, my grandsons’ other grandmother, invited them to spend the fourth of July at her place on the lake, they told her they would be spending the fourth with Grammie (that’s me.) I think Nana probably rolled her eyes when she wisecracked “Is she burning a couch again this year?” My sweet boys excitedly drew Nana a word picture. “That’s what we do on the fourth of July. Uncle Scott starts the couch on fire and then we dance around the flames. Then after we dance around awhile we surf down the hill standing on the wagon.” I think Nana fainted then. Not sure about the fainting, just guessing.

A few days ago along the downtown Pensacola sidewalk something happened that just hasn’t happened in years. Hurrying  along I was desperately searching the store fronts for the entrance I was to turn into. Trying my best not to get lost and end up  look like a complete dolt I continued my search. I finally spotted the entrance and sharply turned into it. Yes, I actually did turn right into the side of the building, kind of tripped a little, stumbled a bit, righted myself and kept walking. Luckily, I didn’t get lost, I was glad of that; but unfortunately I really did look rather doltish. Later on I was a little concerned, so I asked my son and his wife if they had ever missed a turn and walked into a wall. They seemed a little confused by the question and I noticed that they were sharing, ‘what’s up with mom now? ‘glances. Slightly perturbed I said “Well, I’ll take that as a no then.” I was just going to let it go but. . . No, my son would have none of it. The next thing that came out of his mouth was “Mom, did you walk into the wall today?” Well, I know it’s okay to lie to save yourself, especially from a premature old folk designation, so I most sweetly answered, “No, I was just wondering.” and smiled. There were more, ‘what’s up with mom,’ looks. Like I can’t see them, Sheese. So, in the morning, still slightly concerned about the previous days’ happenstance, when my daughter came over for coffee I said. “I did something that I haven’t done in years, I walked into a wall yesterday.” To which she answered, “Oh I do that all the time, yeah every day.” I said, “I think you better see a gerontologist about that, Sweetie.” She answered, “Don’t be a dolt, Mom.”

Friends: Jean Ann was my best child hood friend, she and her family moved to my neighborhood when we were both five years old. We were blissfully inseparable that entire year. Then we started first grade and we were separated. Jean Ann told me that her mom told the principal at Lake Magdalene Elementary that she was not to be put in the same classroom with Joyce Muzzio. We certainly made up for that slight inconvenience. Every day after school we disappeared into her play house until it was time for supper, and Saturday mornings we always watched cartoons at her house. We would sit in front of the TV and eat raisins, cheese woozles, malted milk balls and drink fizzies without budging from our spots until well after Mighty Mouse was over. One Saturday morning as we were just getting settled in, Jean Ann’s mom hurried through the living room to the front door. She told us that she would be back very soon and that we were to just sit and watch the cartoons. She explicitly told us not to mess up anything because they were having company coming from Chicago and she had worked very hard cleaning the whole house. With that she put her purse on her arm and left us alone in the house to have our own way.

Now as an adult I know she should have known better, or at least she should have had an inkling of what could transpire in her absence. As the front door closed Jean Ann looked at me and said “I think we should check the house and make sure everything is clean. “Okay, that’s a good idea Jean Ann.” I thought everything she thought of was a good idea. So, we began our search for something dirty. First, we checked the kitchen. Stove check clean, refrigerator, check clean, dishes washed and put away, check. On to the dining room, table cloth clean and ironed, check. Not much to see there. On to the bathroom; the tub, clean check, sink, clean check, clean hand towels, check, plenty of clean washcloths, check. Every things good in the bathroom. On to the bedrooms, but, to get to the bedrooms we had to go past the kerosene heater in the hall. That’s where Jean Ann stopped. Jean Ann slowly turned toward the heater and wondered out loud if her mom had remembered to clean inside of it. I told her that there is a little window that looks in to the heater and if she opened the door she could see in. Jean Ann opened the door and exclaimed how dirty the little window was, and then she bemoaned the fact that she couldn’t even see in there because it was so dirty. She opened the window and smeared her finger over the glass, her finger came back black with soot. She stuck her face up to the opening and peered in.

“Joyce get me some toilet paper.” Her request echoed out from the belly of the beast. I scurried back into the bathroom and quickly returned with a heaping helping of toilet paper. She took the tissue and said, “I’m going to need a bunch more of this.” She handed me back the wad of toilet paper I had just given her, it was blackened with greasy soot. I dutifully brought her clean wads of toilet paper and returned the dirty soot filled wads to the bathroom sink. When the sink filled I dropped them into the toilet, the paper sunk, the soot just floated and clung to the side of the toilet bowl. I flushed. . . the soot just swirled, the paper stopped the drain. The sooty water began filling the bowl to the top, that’s when I promised God I’d be good forever if it didn’t overflow, it didn’t, I wasn’t. The final few wads I dropped into the bathtub; then Jean Ann rose from the sooty heater like a Phoenix rising from the ashes. Jean Ann stood beside me in the bathroom actually looking more like tar baby than a majestic phoenix. “I’ll wash my hands then we’ll rinse all this black stuff off.” She said as she tried in vain to brush the soot from her clothes. You know of course, I said, “Good Idea, Jean Ann. You should rinse your hands.” Well, I learned one thing that Saturday . . . soot doesn’t rinse off, and it doesn’t wipe off with hand towels or face towels or wash cloths.

When Jean Ann’s Mom came home two very sooty little girls were in the midst of rinsing a sooty hall, that lead to a sooty bathroom which was stocked with sooty hand towels, face towels and sooty wash cloths. Jean Ann’s mom cried and told me to go home and not to ever come back. That didn’t last long. I guess I learned one other thing that Saturday; Jean Ann’s ideas weren’t always the best. But she was always my best friend.

The Garden: Each spring my mother and I had a friendly rivalry. We would each race to our respective gardens and plant all sorts of delicious florae to try to entice the humming birds to dine upon our offerings. The rivalry was to be the first to lure the tiny bird into the garden. I most usually was the champion of the game. The very moment I spied the object of our competition, I would hurry to telephone my Mother. As soon as she answered I would say “Guess what?” she would say “What?” and I would break into a vibrating hum of ‘Dixie’. It was great fun. Even though my mother is gone now I still race to my garden in the spring to entice the humming birds. And I always hum Dixie when I see the first.

etc.: A short description, and a bit of the prologue to Jacob’s Ladder the first mystery in the series. Please enjoy Jacob’s Ladder. J.E.

A young nun is found on a park bench in Tampa, Florida, badly beaten and near death. The only word she has uttered is Sandalphon, the name of the spirit that stands on the first rung of Jacob’s Ladder. Who is this vestige of a time gone by, and where did she come from? Is she a prostitute, a threat to Homeland Security, or an unfortunate victim of violent crime? These are the questions of the doctors that care for her, and the authorities who are driven to find the answer.

Tampa, Florida – The Cigar City where the sun rises over Davis Islands; three islands that were created of sand dredged from the bottom of the polluted Tampa Bay. The sand was then situated upon submerged foundations of garbage, discarded building materials and more than one rotting corpse.

Davis Islands – the final resting place for victims of gangland slayings, a testimony to Tampa’s claim to infamy. Nonetheless, it has some of the most beautiful sunrises in the country. As dawn burns through the morning fog, a young nun finds herself sitting on a cool, damp cement bench facing a spectacular sunrise. Life is escaping her body from a deep cut along the palm of her hand and across her wrist. Her blood is falling in large droplets and hiding in the folds of her heavy black clothing.The woman’s mind races as she surveys her surroundings. She turns toward the Tampa skyline. The morning sun reflects from mirrored twenty, thirty, and forty-story buildings.

“If I wrap my hand tightly the bleeding will stop,” she mumbles. She twists her hand into the dark fabric and the bleeding slows. She lays her head on the back of the bench.

“I am alive. . . alive.” Her eyes close in quiet surrender to pain and fitful dreams that take her to another place and time.