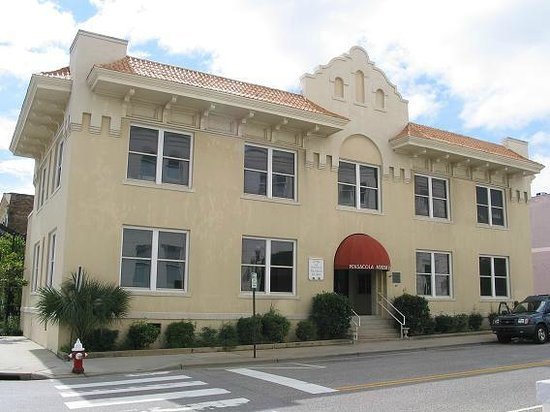 The History and Culture Within Pensacola

Pensacola, Florida is one of the oldest cities in the United States; it is sometimes referred to as the “City of Five Flags” due to the five governments that have owned it, so it is no question that Pensacola has a vast history and culture to be explored. Our beautiful city has made certain that those who want to delve deeper into the history and culture of the area can do so with ease through the vast variety of museums and art galleries scattered across the area. From the Naval Aviation Museum near Pensacola Bay to the Artel Gallery in downtown, Pensacola is thriving with a history that is just waiting to be discovered.

Pensacola is home to many museums that thrive in their ability to tell the story of every aspect of the city’s long history. The most popular one by far in the area is the Pensacola Naval Aviation Museum. Established in December of 1962, the museum showcases everything from the first ships in the U.S Navy to humanity’s first expedition into space. Touring through the museum is a fantastic journey through time as one gets to revel in the advancements we have made as a species. The museum is a vast celebration of the United States and humanity itself, and this fantastic expedition into the minds of our ancestors resides conveniently close to another staple of Pensacola, Fort Pickens.

Fort Pickens was built back in the 1800s to defend the Pensacola Bay. The fort has decayed over time, but nevertheless, the national park is still worth the price it costs to explore the small piece of Pensacola’s history. If you’re planning a trip to the Naval Museum and have some extra time to spare, it is absolutely worth your time to make the short trip out to Fort Pickens and make a day out of the whole journey into Florida’s past.

With a history as rich as ours, it would be preposterous to presume that Pensacola’s culture isn’t also thriving from how long we’ve been around. This city is home to much that gives us our own unique spin on the world around us. Our monthly gallery nights that showcase the talent of everyone in the area while also bringing us together for one night of celebration, the old buildings downtown that still stand from colonial times that remind us of our city’s origins, and the many art galleries filled with the art of many talented artists all collide stunningly to produce a rich and varied culture within Pensacola.

But although many people know about Gallery Night and Pensacola Village, many don’t realize the vast amount of art galleries that are within this wonderful city. If you have ever found yourself on Palafox just walking down the street, you’ve almost certainly passed by Artel Gallery. Art Galleries along with history. Opening in 1993, the goal of this gallery was to allow the Pensacola area to grow in its admiration for the arts, and with its convenient placement right in the center of downtown, it is in the perfect location for everyone to jump on in and admire the art that the many volunteers of the establishment curate for everyone to enjoy. There is also the Pensacola Museum of Art on Jefferson Street which brings in pieces from all around the world and even hosts events where people can come and engage in Q&As with the artists.

There are many museums and art galleries within Pensacola; if you decide to take a day to explore the vast variety of rich culture and extensive history embedded into the existence of this city you will not only find a very relaxing and comfortable environment to learn and experience new stories or artforms, but also you will find that Pensacola is a whole lot more interesting than you may have originally thought.